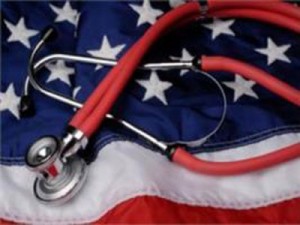 There are a number of reasons someone may want to come to the United States to take advantage of its medical system. This is why the phenomenon known as “medical tourism” has been on the rise in the United States. Medical tourism is exactly what it sounds like: travel for the purpose of medical care. Through out history, people have been making pilgrimages to places they believed would heal their health problems. In ancient history, it may have been a medicine man or an apothecary that advised travels to a region with healing properties. In modern times, it is physicians and specialists advising where the most desirable medical treatment for any particular ailment exists. Now that we live in a time of accessible global travel, medical tourism has exploded across the world, and the United States is a particularly hot destination.

The primary reason that the United States has enormous medical care appeal is because it is statistically where the best doctors in the world practice. The United States, despite being in a horrific amount of federal debt, has the most money per capita of any country on earth. In addition, the United States is a capitalistic economy where the most talented doctors are free to charge the highest prices for their services. Indeed, because health insurance and health services are pricey in the United States, it is people have wealth who travel to the U.S. to use its medical system, but they come in high numbers.

For those who do take the plunge and travel to the United States for its healthcare, there are a great many health insurance options to choose from. The U.S. has one of the most expansive selections of one time and ongoing insurance policies in the world because, again, there is a capitalistic market for them. There are a variety of policies for travelers, visa holders, permanent residents, green card holders and citizens to choose from, each with a varying premium and level of services. If you have money to spend and are seeking the highest quality medical services with a range of options to choose from, the United States is the country to visit.